For us, design is not only pretty graphics, but more importantly useful features in aesthetic forms. Out of great passion for design, we created a compilation of UI/UX trends that reign in 2021. In the second part, we present only UX trends.

The topic of accessibility of digital products is present in yet another edition of the annual trends’ summary. Although there is no general obligation to implement the Web Content Accessibility Guidelines (government websites are required to do so), more and more digital products are being developed in accordance with the four principles of the WCAG standards, i.e., that content must be:

Such webpages have an option to increase the contrast of the text, set the “dark mode”, edit the font size; some even have the functionality allowing you to listen to the content of the page. As history shows, lack of accessibility can be a source of frustration and lead to legal consequences. This year saw the conclusion of three years of legal proceedings in which Guillermo Robles, who is blind, sued Pizza Dominium. The reason was that the pizzeria’s website was not adapted to visually impaired customers’ needs, which made it impossible to fulfill the primary purpose for which the website is intended – to order a pizza. The court heard the case in favor of Guillermo Robles, arguing that Pizza Dominium’s website did not comply with the ADA (Americans with Disabilities Act of 1990).

The trend towards inclusive design continues to pick up speed and still requires designers to be very aware and thoughtful in implementing solutions aiming at increasing accessibility. An example of this is the use of dark mode, which is great in itself, provided that it is an alternative and not the only option. Till example light text on a dark background is less visible to people with dyslexia (according to the University of Michigan’s Dyslexia Help Center study). A similar difficulty occurs in people with astigmatism.

The emergence of the idea of super-app unifying multiple functions and enabling the user to fulfill a complex list of needs in the era of the global pandemic may come as no surprise. After all, comprehensiveness and complementarity have become valuable characteristics of every app. More and more often, we are seeing the desire to create more comprehensive solutions across disciplines, and this phenomenon has also been reflected in the digital world.

For some time now, in the environment of digital applications and tools, we can observe a trend of extending the “single-purpose apps” model to apps whose purpose goes beyond one main function. Apart from the pandemic, more reasons provide fertile ground for this trend to develop. One of them is the stiffening of the law on the transfer of user data between applications. Limitations related to the possibility of obtaining knowledge about the user encourage app owners to develop a model that would allow the user to spend more time in the app and thus leave more information with them – which is valuable from a marketing point of view. Platforms designed to extract more data from the user by fulfilling more of their needs have been described by Eric Seufert, analyst, and marketing strategist, as ‘content fortresses’.

The development of super-apps is a trend whose greatest growth can be seen in Asia, where the flywheel for the development of the scale of this phenomenon was Wechat’s ability to allow developers not affiliated with the company to work on writing mini-apps that run inside Wechat. As a result, as of today, there are approximately 3 million mini-apps that allow users to perform various tasks without leaving the Wechat environment. The other super-app, also coming from Asia, is Alipay, with approximately 1 million internal mini-apps. This trend can also be seen in the direction in which Western companies are going, an example being Snapchat, which is constantly expanding the portfolio of features available in the app.

The devil is in the details, i.e., in microdesign (microcopy, microanimations)

The awareness of microcopy’s vital role in the world of digital design continues to grow. Year after year, there are more and more examples of the benefits of a careful approach to the design of all textual content components on websites and mobile applications. The list of epithets defining what effective microcopy should be like is getting longer and longer. It should be concise, communicate clearly what interaction will take place when a component is touched/clicked, its meaning should be understood by all user groups, and it should be consistent with the overall tone of voice of the website/app. It certainly shouldn’t be ambiguous – leaving the user with room for guesswork, dehumanized – giving the sense that the user is communicating with a website, an algorithm, a bot or software, and it shouldn’t cause dissonance for the user in deciding between the paths available on the website/app.

Another sign of the attention to detail in digital design is the growing popularity of microanimations. Undoubtedly, microanimation gained a chance to become more widespread after the introduction of the 5G technology. This has significantly contributed to reducing lag in loading animations and increasing the smoothness of their display. Microanimations include, among others, interactive elements informing about the status of the task being performed in the area of the website/application, button animations, event animations after pressing a button, and, more and more often, small animations which are supposed to emphasize the message, the nature of the brand, or the hierarchy of information on the website/in the app. Well-adapted to the page/app context, microanimations significantly increase visual attractiveness and facilitate navigation – they can save the user’s cognitive resources by prioritizing content and making the page layout clearer.

Summarizing the UX trends of 2021, it would also be appropriate to mention the “conversion over beauty” approach, which echoed more than once on the trend lists from previous years. As is often the case with trends that last for years – the growing experience of designers, developments in technology, and the market context all affect the changes in the components that define a trend. The “conversion over beauty” approach does not place UI design lower in the hierarchy of the design process components than conversion rate. “Conversion over beauty” in relation to digital products is very similar in its philosophy to the “form follows function” slogan used in relation to Bauhaus. It is a set of trends and principles that contribute to maximizing effectiveness in achieving business goals and tasks that you face.

A source of knowledge about the conversion effectiveness of implemented solutions is the result of A/B tests and the sales funnels/conversion paths, increasingly often studied (in the context of digital products). In addition, interface minimalism is a trend that contributes to increasing product conversion. It manifests itself in greater thoughtfulness on the part of designers when selecting the necessary components that ultimately make up an interface. An interesting example of an industry that has developed a standard for visually appealing interfaces, basing the process on an analysis of the sales funnel and effective conversion, as well as detailed knowledge and satisfaction of users’ consumption needs, is the computer and technology industry (e.g., product presentation and purchase finalization on Apple’s website).

Voice User Interface (VUI) – the trend that didn’t work out, or the maturing trend

A significant increase in voice-managed interfaces has been predicted for at least three years now. Was calling VUI interfaces a new trend just a false start? Has the trend kicked in yet? Maybe it has not launched from the starting blocks yet?

Perhaps the prediction of the scale of interface proliferation was too bold and required a longer time horizon for the trend to spread its wings. The number of apps using the voice function is growing tentatively, although this may soon change. Citing “Speech and Voice Recognition Market with COVID-19 Impact Analysis by Delivery Method, Deployment Mode, Technology, Vertical and Geography – Global Forecast to 2026” the voice interface market currently valued at $8.3 billion is expected to grow to $22 billion by 2026. Designing VUI interfaces is multidimensional; it requires a look at broader aspects of the context of the use of the application and appropriate technological input – an algorithm that recognizes human speech. The algorithm may encounter several difficulties when reading speech, e.g., noise from the user’s surroundings distorting the message, insufficient clarity of the message (unique nature of each user’s pronunciation, speech defects). This does not change the fact that working on improving voice interfaces and educating users on how to use them effectively may prove worthwhile. Each additional channel of communication/content delivery via the app increases its accessibility and enables the tool to be used by more users in more situations. The inclusivity of digital design is also a trend.

The direction of development of the above-mentioned trends results from many variables that shape the user’s needs and the market context. The increasing availability of technology, a greater number of devices that need well-designed interfaces and the global pandemic have contributed to the prevalence of practices leading to inclusiveness, complementarity and sustainability in the area of digital products. External factors have never shaped trends in UX design so dynamically, which makes the topic of broadly understood usability of interfaces even more fascinating. We can’t wait to see what trends will dominate in 2022. See you there! 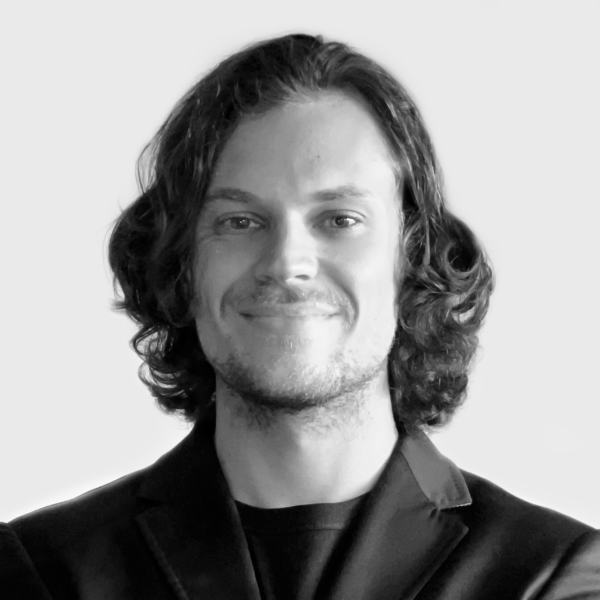 This month your questions about UX design were answered by Antek – UX Team Leader. Want to learn about the biggest e-commerce design mistakes, cognitive errors, and psychology in UX? You’ll find it all below! Why are UX and psychology […]

After COVID-19 times we really know that telemedicine is more and more convenient for healthcare professionals and patients alike. The future of healthcare depends on the new age of technology.  The World Health Organization defines telemedicine as follows: The delivery […]

The global e-commerce market has undergone a revolutionary change in the last two years. Covid-19 has dramatically accelerated the departure of customers from brick-and-mortar stores and forced many companies to abandon their traditional business models. In the years 2019-2020, we […]