The benefits of a user-centered approach are increasingly recognized and constitute the basis of the product design process. When talking about global brands that offer their products all over the world to users who speak different languages and come from different cultures and communities, the design process becomes even more difficult. Today, we will take a closer look at the topic of cross-cultural design and present some examples of companies for which one of the strategic objectives was to win customers in the international market. If you want to bring your digital product to foreign markets in the future, this article is definitely for you!

Focus on the user

Uber – a company operating three cars in the beginning, today is a retail tycoon in the taxi market.

Netflix – until the end of the 20th century, a mail-order DVD rental service, today – a major streaming platform, available in 190 countries and in 30 languages.

What do all these companies have in common, apart from business acumen and funding to support expansion? The answer is very simple – focusing on the user and, above all, their cultural background.

One does not design for oneself; one designs for a new audience, and that is why we need to find out:

For many of us, where we live defines a large part of our culture and identity. We often forget or neglect the idea that each culture is characterized by different customs, religions, languages, etc.

There are three main design styles for global digital products.

The product’s look and feel remain the same for all target groups (including international users). The only difference is the language, which the user can adapt to their preferences.

In this style, in turn, the changes are drastic. In such cases – the content architecture, the visual presentation, the positioning of individual buttons that call the user to action can be completely different. This is because localization-oriented design refers to redesigning a product with a specific culture in mind.

An example of such an approach is Pharmacy Online, the Australian Pharmacy website, different for both English-speaking and Chinese-speaking customers. Both websites have completely different navigation, information architecture, and visual graphic value.

For these digital products, content and style are adapted to some extent, although messages, visual content, or service/product choices may be different.

An example of this approach is the website of the global fashion brand H&M. Take a look at the pictures below. You can see that the Chinese version highlights the Lunar New Year sale, with models of Asian origin visible in all the banner images. On the other hand, the American version promotes the new collection with local models.

Uber, as mentioned earlier, is also a great example of a company that has thought about the needs of its users in the many cities where the service is available. In Paris, Uber decided to partner with Cityscoot to add scooters to its offer. Anyone who has been to Paris knows what it’s like to get around by car in a congested city. A scooter is a more flexible and easier way to get around this city. Meanwhile, in Istanbul, they enabled users to book an Uberboat (operated by local company Navette) as a way to escape car and train traffic.

Another example is Airbnb, a company that makes sure that its product is available to everyone. They’ve recently decided to update the app for more than 300 million Arabic and Hebrew-speaking users.

The languages mentioned above are characterized by the fact that they are written and read from right to left. This means that all text and visual elements are aligned to the right and “flow” to the left. Such a drastic change affects the placement of elements and key buttons. Once updated, the application meets the users’ needs in the best way possible and makes it significantly easier for them to use the service.

Companies that have failed cross-culturally

A proverb says, “learn from others’ mistakes” – you are virtually obliged to follow this advice in the digital product industry. The entire company, led by the design team, is tasked with adapting to cultural differences so that the product they work on so hard together meets the market’s needs and creates business value for it.

Question: What if we ignore UX research and relegate the culture of our users to the background?

An answer to this question is brought by no other than Amazon itself, which launched in the Indian market in late 2018. At the beginning of expansion, the company was making heavy losses as customers in India were not using one of its main revenue-generating functions. Here, we talk about the space intended for searching for products to buy on the homepage of the mobile site. It turned out that the magnifying glass icon was not something that users in India associated with searching… During later user testing, it turned out that most people thought the icon represented a table tennis paddle – which made absolutely no sense to the users. Amazon kept the magnifying glass, and after some time, they added a search box with a text label in Hindi so that the users would know that this was the place to search for products.

Amazon’s mistake was that they did not do enough market and user research; the company did not take into account that users in India are used to having a simple, functional search button in their native language and a designated space to type in a specific query.

Bose, a company specializing in producing high-quality headphones and speakers, also experienced a similar failure. They decided to conquer the Chinese market by adopting a strategy of simply translating the site, which over time proved to be an “own goal” for them. They did not adapt the website changes to their new target group.

What was the effect? They found that users were reluctant to purchase from their website because the information density on their website was very low compared to other Chinese retailers.

Chinese users described the site as “high-end”, associated with foreign brands selling only luxury products with high prices (true American style). Bose achieved the image of a luxury brand, yet this worked in the opposite direction to what was the company’s intention, as product sales (what they cared about most) were negligible.

In this case, the brand neglected to analyze basic cultural preferences in the main element of the visual design, which is SPACE. In Asian countries, information-dense websites are considered functional and aesthetically pleasing.

Ideally, we should have a culturally specific version for each region of the world for which the company provides and creates services. This is an approach typical of major companies. For smaller companies, though, this may not be cost-effective or even necessary, but it still leaves room for the possibility of creating international products.

It is important to remember that designing and targeting a digital product for a global audience means that you need to consider the identity of your target users. Identities change over time, and culture – which defines these identities – changes along with them. The task of business in such a case is to decide to what extent you should adapt products to users from different cultural backgrounds.

Simply looking at general cultural differences is not enough. The key is to find out how cultural differences can affect the target audience’s use of your product. The common denominator for the success of the companies mentioned above was UX research. As a project team/business, we can learn more about the culture of a country or region; however, we still need to remember that we are not the users!

That is why, dear Business, we ask you to…

Consider allocating a certain proportion of your budget to user research. You won’t regret it!

Investing in research can only bring you beneficial results in the long run. Matching your product to your users’ needs, values and habits is the best way to achieve success and reduce frustration. 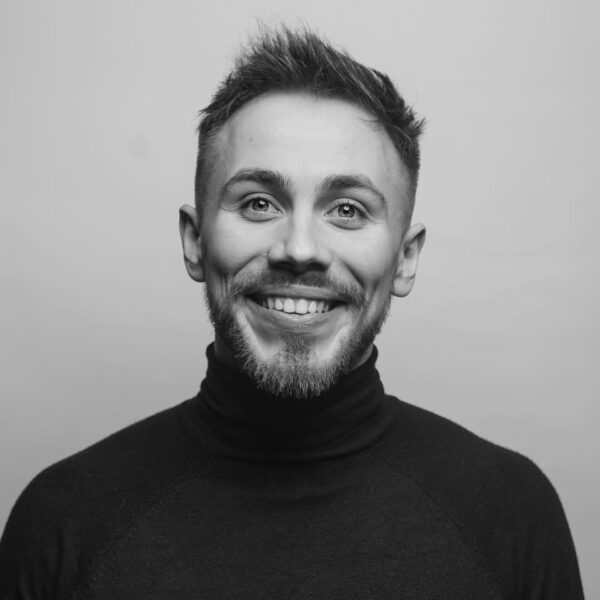 The benefits of a user-centered approach are increasingly recognized and constitute the basis of the product design process. When talking about global brands that offer their products all over the world to users who speak different languages and come from […]

For us, design is not only pretty graphics, but more importantly useful features in aesthetic forms. Out of great passion for design, we created a compilation of UI/UX trends that reign in 2021. In the second part, we present only […]

Well-designed websites are a visual statement that we care about our users and want their experience with our site to be pleasant and intuitive. Such websites or applications are more likely to be remembered and appreciated by their visitors or […]