Joy, kindness and loneliness. How do Christmas commercials influence our emotions?

Each advertisement should arouse the interest of the recipients. This is what marketing tools are used for: to attract potential customers with the brand, product or service. Nowadays using emotionally charged words, music and images in commercials is prevalent. Why? To encourage the audience to buy or to trigger people’s specific behavior. Let’s take a closer look at it!

How to make people remember your brand for a long time? Tell the story which makes them feel. Let your audience feel something, especially kindness, happiness, sadness, compassion. Show the story which resonates with their emotions. Refer to the situations and behaviors which are well known in the society. Let them identify with the ad characters and trigger some desire to connect them to your product or service. This is how commercials sell.

The first thing which comes to my mind while thinking about using emotions in advertising is the Christmas season. Most of the companies create special commercials with family or friends stories in the background. Thanks to this they encourage us to fulfill two assumptions: buy their products or services (commercial advertising) and draw attention to society problems (social advertising). What can you see in Christmas ads and how do they make you feel?

The red truck full of joy

Do you remember this classic and unmistakable advertisement with a chain of red trucks passing the roads? One of the first signs of upcoming Christmas was a popular Coca-Cola commercial. For all those years Coca-Cola composed an incredible trigger of expectation of the festive season and its amazing atmosphere. Moreover the red color arouses emotions such as excitement and love which are very desired in December.

This year instead of the red truck, we can observe a group of neighbours constructing a long chimney. They want to send an invitation to Christmas Eve for one of their neighbours. The commercial shows how children can be vigilant to someone else’s feelings and positively affect the group of people to help somebody who feels alone during this magical time. What a nice example of using the story telling, don’t you think? But it’s not the one and only.

We can safely say that Christmas is all about kindness. Amazon shows exactly the same theme in the newest advertising spot. In a 3 minutes video we meet a young girl who moved to the big city. She feels overwhelmed by the new situation and certainly misses her family home. In the background, we hear the voice of a TV presenter talking about rising anxiety in young adults caused by the pandemic. Unexpectedly, the girl receives a gift from a newly met neighbor which puts her in a better mood. Sometimes little gestures are what we need the most.

There are lots of commercials which use the loneliness of older people as a tool to arouse emotions in the recipients. On the one hand, recognizing elders and their problems has a good impact on society. On the other hand, the way of using particular stories causes a lot of controversy around the topic. Let’s analyze two examples.

Mali bracia Ubogich Association (polish organization which arranges the volunteer meetings with seniors) showed how societies are indifferent to older people. What can we learn from the story? That the only thing that most elders need, is closeness and attention. The small thing everybody can do but often forgets.

Another, stronger and more controversial, example that makes people aware of how much the elderly are excluded, is an Edeka advertisement. A busy family wasn’t able to find time to visit the grandfather until they received information about his funeral. After reaching the destination, it turns out that the old man faked his own death and prepared a Christmas meal for everyone. As he said, he did not know how otherwise he could gather everybody together. The family is relieved that the father is alive and finally appreciates his presence. What a great balance between showing sadness and happiness, don’t you think?

Not only negative emotions

When watching all the sad stories and feeling down about how the world really looks, it is easy to forget that there are lots of positive commercials on the market. It is an individual matter, what we feel, but advertisers always have a specific tone to convey.

How to make us smile and convince us to buy a popular chocolate? Milka knows how to do it! The short commercial full of smiles, colours and happiness, again shows how kids appreciate  elderly. During the concert a girl sings a line of the song in sign language for an older deaf man who prepared the set. By this she thanks him for his commitment.

It is often said not to judge a book by its cover. This is what the latest Allegro advertisement says under the slogan: “Let’s see what is most important in ourselves”. At first glance, the father does not accept his daughter’s boyfriend because of his appearance. It changes after he realizes that this boy is a nurse in the same hospital as him. The man appreciates his approach to patients and at the end changes his opinion. Another happy ending.

Last but not least: don’t forget to enjoy the time spent with your family and friends! Leave the world outside behind for some time and get to know them better. Social media is always going to be there, relatives: no. Don’t miss another opportunity to connect with them. “Disconnect to reconnect” – what was Ikea’s Christmas message from 2018.

Advertising is about selling but more and more often it also carries a message. Christmas ads allow you to see the world from a different perspective. Grant yourself to feel your emotions and try to name them. What conclusions did you come to? 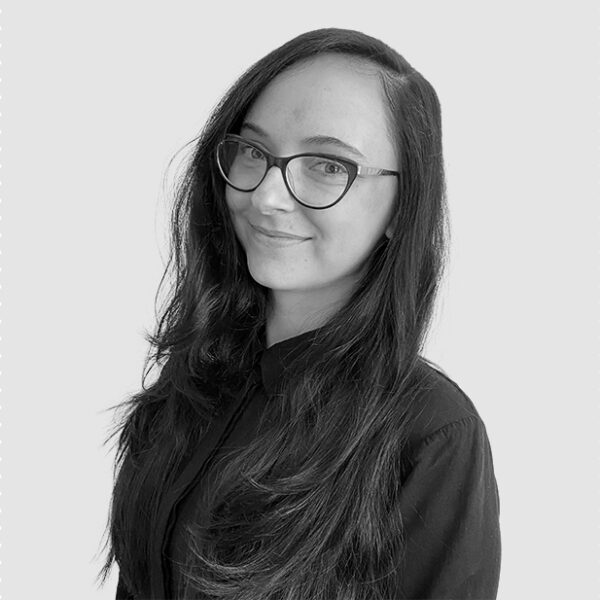 In Kreatik she manages digital projects, supports teams in their implementation and takes care of relations with partners.
Engineer by education, Project Manager by passion. She gained her experience carrying out marketing projects and engaging in social initiatives. She focuses on building relationships with partners and team, and her daily work is characterized by discipline, responsibility and individual approach. She loves dance, photography and travelling.

Want to know what an MVP is, the most common pitfalls, and what methods we can use to implement it? See how Elon Musk, Tesla’s CEO, used this innovation deployment model to achieve the desired effect, bypassing the trap of […]

Most of us at least once have used some sort of learning app. Want to pick up some new words in Spanish quickly? Download Duolingo! Looking for an alternative to learn definitions? Kahoot will be perfect for you! Looking at […]

Maria, CEO and strategist at Kreatik talks to Darek Knopinski, UX and Conversion Director at Allegro about the growth of the e-commerce market, the importance of users in product development, and how technology can change our healthcare. Good morning Darek. […]